21st January 2021 No Comments By Cotswold Estates and Gardens News

The strive for a carbon-neutral world is at the forefront of many both local and international government policy declarations, converting this stated desire into a practical action is the challenge.

The landscape design industry has accepted and is striving to meet this ‘how-to’ challenge, with designers, contractors and clients increasingly considering climate positive design, considering the impact of the material and construction choices in their schemes and in turn the impact these have on the carbon footprint of their projects.

The majority of newly built landscape projects release CO² into the atmosphere, the amount released varying dependent on the raw materials chosen, their method of transportation to site and the construction process used. Over time the living element of the design sequesters carbon, offsetting the original carbon released.  If the original design has a large embodied carbon footprint then the time taken for the scheme to compensate the carbon released is longer. Therefore the design goal is to make choices that reduce the amount of Carbon initially released and increase the amount sequestered. How to quantify the amounts of carbon involved consistently has historically been tricky with the information gathered being not comparable, or easily available. 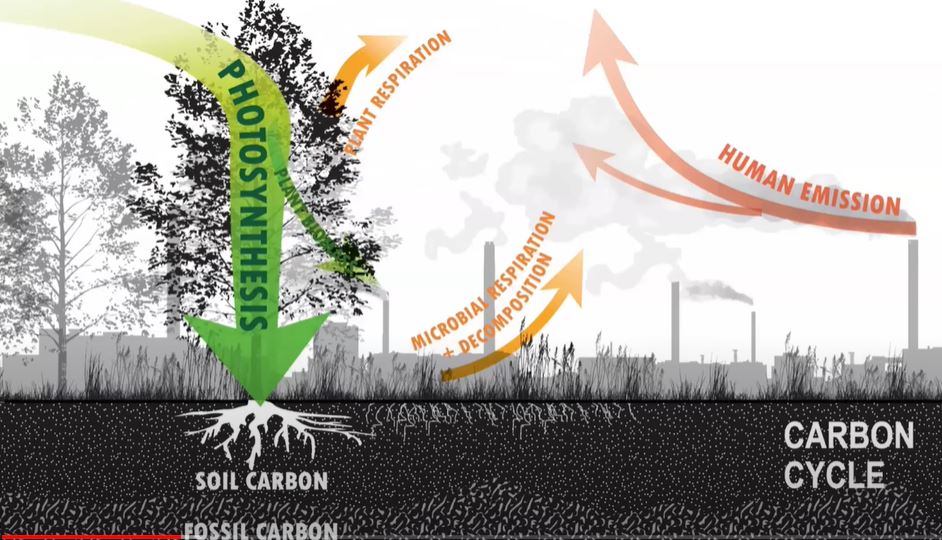 A new tool ‘Pathfinder’ developed by an American Landscape Practice is set to change this!  Pathfinder is a free tool which allows designers to explore how differing types and quantities of materials and even maintenance regimes will influence a projects carbon calculation. Designers and builders input data from the design proposal, using standard figures for the quantity of each product used and this tool then calculates the length of time taken for a design to become carbon neutral and then further a positive carbon sequester.

The tool and resources are free to use and can be found on the website https://climatepositivedesign.com/

A quick tour perusing the website and the highlighted case studies quickly makes me think! For example, schemes incorporating a large area of managed turf due to the intensive and ongoing maintenance required may never cease to be carbon emitters.  Thinking of hard surface coverings, reducing the quantity of paving specified will reduce the length of time to carbon neutrality. Often changes such as these can be made without changing the design intent.

The landscape design industry is further pushing themselves forward in their quest for improvements with a climate-positive design challenge competition open to all; the goal, demonstrating internationally how the landscape industry can be a source for carbon sequestration rather than emission. For more detailed information; https://climatepositivedesign.com/challenge/

The Cotswold Estates and Gardens team fully support the landscape design industry in their quest to contribute to the global goal of a carbon neutral world. Whilst we currently don’t have the facilities to run a full carbon analysis on each design project we are always considering the design choices and how these impact a schemes ability to sequester Carbon. The environmental impact of our work is an area of research and development that is at the forefront of our minds and we will continue to report back as to how this influences the choices made in the projects that we design and build.